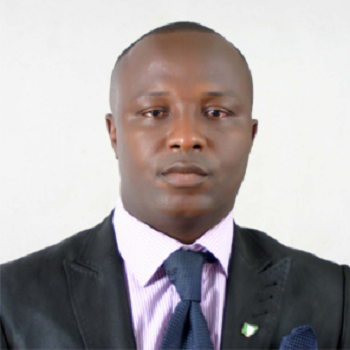 If you had a choice of who should marry your child – God-fearing, rich and bad communicator or a Great Communicator, rich and not God-fearing – which would you prefer?

The importance of Effective Communication in every form of human interaction and development cannot be overemphasized.

According to the Oxford English Dictionary, Communication can be defined as the imparting or exchanging of information by speaking, writing or any other medium.

This implies that communication has three parts: the sender, the message and the recipient; and MISUNDERSTANDING can occur at any point in the Communication Process (which is the process of sending a message through a channel to a receiver or multiple receivers).

Effective Communication, on the other hand, involves minimizing potential misunderstanding and overcoming barriers to communication at each stage of the  Communication Process (since the goal of every communication is MUTUAL UNDERSTANDING).

Effective communication is about more than just exchanging information. It’s about understanding the emotion and intentions behind the information. As well as being able to clearly convey a message, you need to also listen in a way that gains the full meaning of what’s being said and makes the other person feel heard and understood.

Effective communication sounds like it should be instinctive. But all too often, when we try to communicate with others something goes astray. We say one thing, the other person hears something else, and misunderstandings, frustration, and conflicts ensue. This can cause problems in your home, school, and work relationships.

For many of us, communicating more clearly and effectively requires learning some important skills. Whether you’re trying to improve communication with your spouse, kids, boss, or other parties.

How to improve your Communication Skills

Negative Communication issues at the Workplace

Regardless of the types of Communication:  verbal, nonverbal, written, listening or visual, if we don’t communicate effectively, we put ourselves and others at risk. Besides physical and technical barriers, there are six barriers to effective communication every employee and manager should strive to eradicate.

If you are unhappy or have lost interest in your job, you are far less likely to communicate effectively – both on the giving and receiving ends. In other words, your heart isn’t in it. This barrier, is perhaps the most difficult to overcome because it involves changing a mindset, and thus it typically doesn’t change until the person leaves.

l  Inability to Listen to Others

Active listening is an important aspect of effective communication. You cannot engage with someone if you are not listening to them because you will tend to make assumptions about their needs based on your perceptions versus reality.

It is extremely difficult to communicate anything when there is a lack of transparency and trust. For example, if your staff believes you are holding something back, they will be anxious, some will speculate, and as a result, it will be more difficult for them to process any attempt you make to communicate with them.

l  Communication Styles (when they differ)

Everyone has their own communication style. Some people are very direct while others prefer a more indirect approach. Some use detailed data, while others rely on generalities, and so forth. Occasionally, one person is so entrenched in their way of communicating, they find it difficult to communicate with others who rely on a different style. You might hear comments such as, “Mary never explains what she wants me to do, she’s never specific” or “Bill gets so caught up in the weeds, that I lose focus on the bigger picture.”

l  Conflicts in the Workplace

A report is a short, sharp and concise document which is written for a particular purpose and audience.

All your facts and information presented in the report not only have to be bias-free, but they also have to be 100% correct. Proof-reading and fact-checking is always what you do as a thumb rule before submitting a report.

Reports are written with much analysis. The purpose of report writing is essential to inform the reader about a topic, minus one’s opinion on the topic. It’s simply a portrayal of facts, as it is. Even if one gives inferences, solid analysis, charts, tables and data is provided. Mostly it is specified by the person who’s asked for the report whether they would like your take or not if that is the case.

In many cases, what’s required is your suggestions for a specific case after a factual report. That depends on why are you writing the report and who you are writing it for in the first place. Knowing your audience’s motive for asking for that report is very important as it sets the course of the facts focused on your report.

Types of Reports and their Explanation

These kinds of reports are quite clear, as the name suggests. A two-page report or sometimes referred to as a memorandum is short, and a thirty-page report is absolutely long. Usually, long reports are generally written in a formal manner.

We prepare external reports, such as a news report in the newspaper about an incident or the annual reports of companies for distribution outside the organization. We call these as public reports.

Lateral reports, on the other hand, assist in coordination in the organization.  A report traveling between units of the same organization level (for example, a report among the administration and finance departments) is lateral.

Periodic reports are sent out on regularly pre-scheduled dates. In most cases, their direction is upward and serves as management control. Some, like annual reports, is not vertical but is a Government mandate to be periodic in nature.

That is why we have annual or quarterly or half-yearly reports. If they are this frequent, it only makes sense to pre-set the structure of these reports and just fill in the data every period. That’s exactly what happens in most cases too.

Formal reports are meticulously structured. They focus on objectivity and organization, contain deeper detail, and the writer must write them in a style that eliminates factors like personal pronouns.

Informal reports are usually short messages with free-flowing, casual use of language. We generally describe the internal report/memorandum as an informal report. For example, a report among your peers, or a report for your small group or team, etc.

Informational reports (attendance reports, annual budget reports, monthly financial reports, and such) carry objective information from one area of an organization to maybe a larger system.

These kinds of reports are like an extension to the analytical/problem-solving reports. A proposal is a document one prepares to describe how one organization can provide a solution to a problem they are facing.

In a business set-up, the end goal of this type of report is usually very solution-oriented. We call such kinds of reports as proposal reports.

Lecture: Commitment and Accountability in the Workplace

This is my first time to consult in this hospital and I’m lucky I got a perfect doctor who takes care of me since day one of my consultation, until the day of my surgery.

Founder
This is my first time to consult in this hospital and I’m lucky I got a perfect doctor who takes care of me since day one of my consultation, until the day of my surgery.

Founder
This is my first time to consult in this hospital and I’m lucky I got a perfect doctor who takes care of me since day one of my consultation, until the day of my surgery. 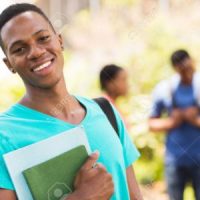 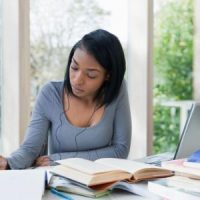 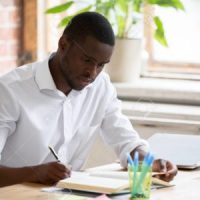 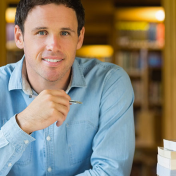 How Drugs Alter The Brain